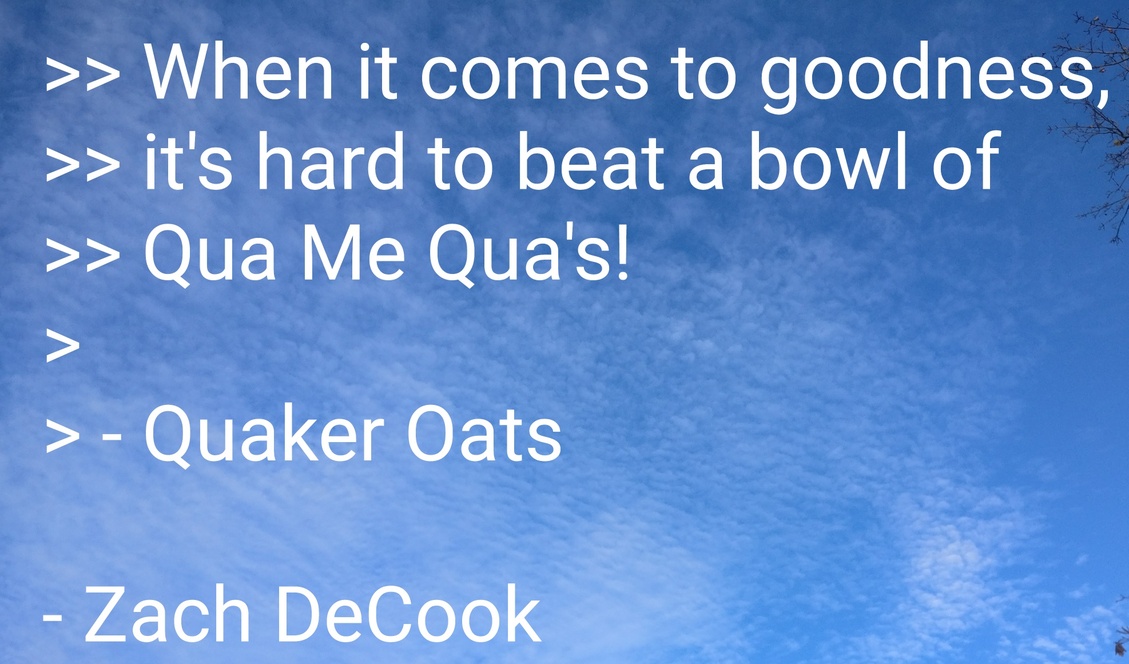 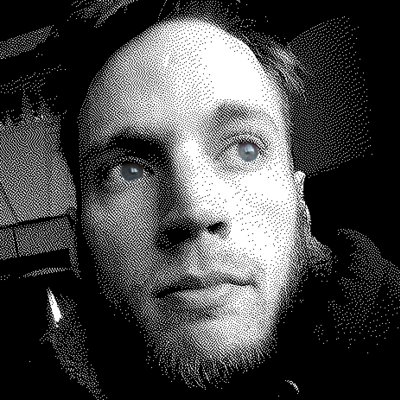 Me trying to figure out how an API works in a FOSS tool: "Let's go to the git repository to see what it does."

Me trying to figure out how an API works in a multi-million dollar VLSI tool: "Lets guess and check a bunch of random ideas because nothing works like it should."

If you're using anything else, you should have a good reason.

My door's always open if you need help choosing a license for your needs!

@martijnbraam Since I started daily driving pmOS (stable), I stopped daily using mastodon, so I missed out on voting in this poll.

For those that are not familiar: https://wiki.eth0.nl/index.php/LackRack

> Does anyone care to link something or explain?

For work, I used to follow a CVE list for a popular Linux distro. About 90% of the vulnerabilities listed were related to WiFi (and so didn't affect us).

@martijnbraam @primalmotion a wayland frontend for links (graphical mode) would be great if someone wants a project.

@akkartik
for some reason I don't think "protect your daughters: murder your grandchildren" is a message that will resonate with anyone right-leaning, but I could be wrong.

@ChiaChatter Fun! And my dad has a goal of making a recording for all the songs on there, so you'll see more recordings pop up as I upload them: though most have been guitar.

@utopify_org @neauoire I once wrote a bf program to print the hex value of an inputted character. Wish I never lost that program. They say "all programming languages can be good when used properly". I say "just don't try 'n' force me to use it!" 😝

@utopify_org @neauoire The quality of the joke being "nope, brainf*** is way hotter than [your architecture's] assembly" (is there a bf interpreter in uxn? (is there an argument for (language like lisp) in here?))
with a subtext of 'Why melt your mind and waste time writing code the hard way?'

@utopify_org @neauoire The 'nonvalid' characters are actually comments. bf is supposedly nice for polyglotting that way. IIRC it was meant to output "NOPE". With an ascii reference, writing bf to output some string is fairly trivial.

@outofcreativity Dino is woefully under-developed. On pmos, it's worse, because it's actually an older fork of dino.

RazorsKiss   @RazorsKiss@vantil.refchat.net
Administrative note: I just received a request to share our server's moderation data from someone who claims to be a university researcher (and seems to be legitimate - on a cursory search).

I rejected that request for a variety of reasons; chief among which is that such data does not belong to me, even as a server admin who solely pays for the hosting of my server. Since this is the case, further research into their claims was, frankly, unnecessary.

We made a promise that user data is not for sale - and "free" is a price. Yes, it probably would be *possible* to remove "sensitive" information - but that would be at my own judgment, not that of the users to whom it pertains. All of the moderation data, it is true, would concern users which are from other servers - but I don't see how that matters. Giving away someone else's data, even that of people we have specifically moderated, doesn't seem any more palatable, when viewed in that light.

Caveat: I was willing to share a) The simple number of federated users deactivated b) The simple number of posts moderated c) The amount of time per day that I spend on moderation - as that is either data generated by the server itself, or properly belonging to myself. I am also aware that some would find even that to be an overreach - and I understand that position, somewhat - but I will reiterate that such data, which pertains solely to server operation, is purely within my discretion, as server administrator, as it gives out absolutely no personal data other than my own, and only server data, otherwise.

While I sympathize with researchers' omnipresent need for data, I would caution fellow server admins to remember that administration is a trust, and that such trust needs to be fed and watered on occasion for it to stay healthy. You don't have the luxury of choosing who to share your users' data with.
0
Jun 25, 2022, 17:25

@hamblingreen In disassembly, the only thing I've found so far is the sim card adapter being a little warped.

@griffinkate Of course, note that if you sign this, you're complicit in whitewashing the murder of over 63 million humans.

@pocketvj (I have not tried it myself, but have instead used mrtest to install gitlab-ci-built kernels on postmarketOS)