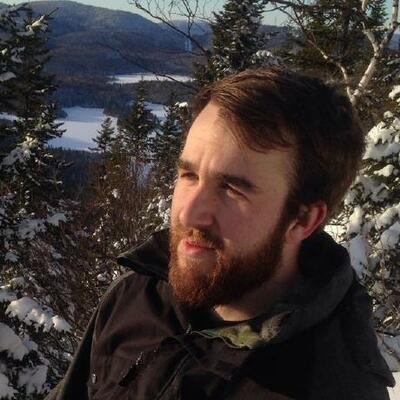 Teletubies on the moon #stablediffusion

I have been obsessing over Stable Diffusion over the last few weeks, and I wanted to to a quick thread of my best results so far 👇

The thing about music made between 1950-2000 is that it offended parents.

Parents were outraged by Elvis Presley, The Beatles, AC/DC, Eminem.

I'm a parent now. Rather than being offended by new music, I'm offended it doesn't offend me.

I have been using #kdenlive for all my video editing since 2020. Every single one of my lectures went through kdenlive. It is of great value to me.

They are currently running a fundraiser. Of course I donated. You might consider donating, too!

If you do not know kdenlive: check it out, it works great!

OK it is really late here, but today's reveal of the first JWST image of the galaxy cluster SMACS-0723 was amazing, and I am still digesting it. There is so much stuff going on, it is absolutely breathtaking!

Just to get an idea of what an improvement this is over Hubble, over at The Robot Report, they show this beautiful side-by-side view of the previous best image taken with Hubble, and tonight's result. It's wild.

Microsoft has asked Lenovo to make it harder to boot Linux on their computers.

obviously I know some really cool people who work at Microsoft but it's very funny to me that people have been harping on us FOSS types for not instantly forgiving them for 20 years of malice, and now we've got this. [1]

when Microsoft is asking manufacturers to prevent people from booting other OSes and not communicating as to why, they are positioning themselves as the enemy. it's that simple. if they want to be trusted by Linux users, they need to earn that trust.

we're about 2y away, by my estimation, from living in a bizarro world where x86 PCs are less open to free desktops than ARM Macs.

One of these is considered so dangerous by the government that there are laws mandating that both speed and watt limits be baked into the controller. The other one can go as fast as the operator damn well pleases, but is merely *expected* to slow down when appropriate.

Also, one of these kills people every day and is very hard to see children or short adults in front of you when you're operating it.

Guess which is which.

One of my "favorite" facts about the Manhattan Project is that the film company Kodak was able to figure out that there were nuclear tests happening because the fallout left telltale effects on their film... 4000 miles away on New York.

The scientists at Kodak just sort of figured it out that these what they thought were purely theoretical weapons were being used while troubleshooting issues with film production. They went to the government like "Hey, are you all testing Nuclear bombs? Because we think /someone/ is testing nuclear bombs"

Which must have freaked the absolute shit out of whoever the first person in the government who knew about the Manhattan Project when they got this message.

Doing my first real contribution to the #fediverse, with a PR to @BirdsiteLIVE https://github.com/NicolasConstant/BirdsiteLive/pull/153

EU: All messenger services should be required to interoperate.

Also EU: All messengers are now required to scan messages for unwanted content locally, before encryption, and notify the gooberment of such communicaton.

Do they even realize that they literally have to make FOSS illegal if they want people to not be able to choose clients that don't spy on them (regardless of message transport)? The answer, of course, is no.

When you tinker with an ActivityPub project, what do you use to mock/simulate/check interaction correctness with another instance?

I'm trying to delete Twitter from my phone but there is some people I really want to continue to follow.

I'm looking to setup an instance of @BirdsiteLIVE to mirror those accounts here but for that I need access to legacy twitter apps, which I don't. I can port Birdsite to the V2 of the Twitter API, but I wonder if there is something similar already done?