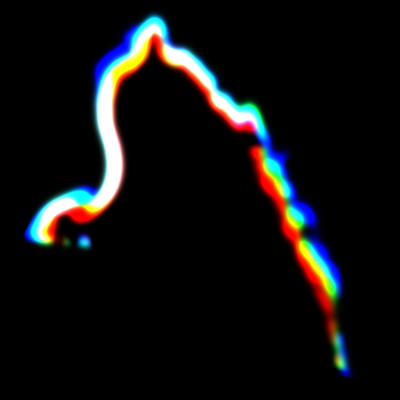 @iska My SSD is perfectly fine, Micron utility says so and yours is most probably too. But the way these errors make it to the kernel logs it does look scary 😅

@iska I've migrated from #btrfs to ext4 on my laptop today. Yeah, I know, but I've never used any of the advanced features and ext4 is a tiny bit more performant. I've seen read errors very similar to the ones you've had. I did some reading and looks like it's the way btrfs works: when there is a checksum mismatch, the filesystem just marks the file unreadable forever instead of returning the corrupt data. There is no way to fix it the ext4-way, you can only overwrite the file

I'm looking after my friends' cats while they are off on vacation. One of them got too friendly with me 😹

This song is called "Civil war. Offensive". And the band's name can be translated as "Polite refusal". It's something like Russian art-rock. The song is as you may have guessed about civil war that took place between dissolution of Russian Empire and formation of Soviet Union. It references some historical figures of that era. Song has a sequel called "Civil war. Retreat".
You should see these guys live even if it's performance for TV or radio. They are good!

This pumpkin is awesome! I didn't even have to scrub the insides, it just peeled off like it's an orange. This is the first time I see something like this. And it smells wonderful! 😋

Every day is Halloween in Russia: children beg for food and unholy creatures roam the streets dressed as humans (or should it be the other way around? 🤔)
It's too late anyway, so this thing is going to become soup!

Well, at least it's medium to medium well. I hope I'm safe 😋

Enjoying steak at 9pm might not be the brightest idea, but I didn't have proper lunch and only some light salad for supper.
And it's too late to put it back in the fridge anyway.
Looks like I'm not going to bed soon 🥩

@nerdtronics@mstdn.starnix.network The skin colour might be a bit off, bu-u-ut… 🤭

@itzzenxx What do you mean, scare you? We, retro Windows guys, are actually quite nice! Let me pour you a nice cup of tangerine flavoured pu'er tea and show you my collection of video games… on floppies! 🧓

@thor And this is what we need those nice flatscreen TVs for in the first place: #VoidPPC 🤣

Rock and hip-hop/rap music is going to be prevalent here because these songs have lyrics. Okay, and I'm biased. There are a lot of talented Russian jazz and electronic musicians and I'm going to make room for them by making a few exceptions, here for example.
Punk-jazz band that you can actually dance to, their live shows are superb! Friends of mine so it's always a few beers and a great walk at night time in Moscow — if they have a gig, I'm in! 😅

I'm going to post some Russian music. If there is Russian culture worth preserving, it's this, not Dostoevsky and Tolstoy. I know, Dostoevsky was influential, but to me he's just second grade Kafka (who was influenced by him). I'll pick Joyce and Proust any day, Russian literature would probably end at the bottom of my chart. Same with music, I love Stravinsky and Skriabin for example, but they aren't that well known in Russia, not that Russian I guess 🤷
Okay, let's roll!

Alright, can I just be Russian once in a while?
Not the crazy homicidal Russian, but plain old not-too-healthy fun Russian. No, I'm still not talking about drunk knife-fighting, I'm just going to enjoy some vodka and a Bulgarian crime TV series 🥴
#vodka #pork

My Deathadder has kicked the bucket, first going for doubleclick on the left button and then for no click.
The cheap phone strategy worked quite well for me, why not give cheap mice a try? I had a huge discount on this rodent — Microsoft Ergonomic Mouse that is, got it for less than $10, MS store lists it at $40. It's nice, but the cable is not braided and the sensor is awful, certain area of my mousepad that makes it go crazy. Maybe I should use old wireless Lancehead that turned wired instead🤷