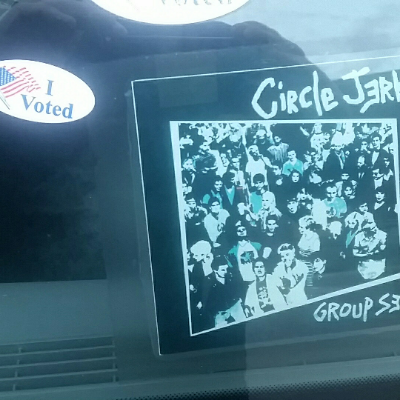 "with a big old lie and a flag and a pie and a mom and a bible most folks are just liable to buy any line, any place, any time" - Frank Zappa

@ed_beck @mguhlin @lightweight @8petros I'm more interested in building a federated ecosystem so learners retain access and control to their artifacts of learning. That is the Indieweb POSSE concept -- Publish (on your) Own Site, Syndicate Elsewhere

"But groups like WWF and Greenpeace said the definition isn’t ambitious enough as it doesn’t address the degradation within an existing forest due to timber harvesting. This means the law doesn’t cover large-scale clear-cutting of native forests unless the land is converted to another use."

Another periodic reminder: if you're using Amazon AWS or Microsoft Azure to host anything, you're probably paying 10x more than you need to be. And, unless you're employed by either of those two corporations, you'll probably enjoy using the alternatives substantially more, too.

The best possible solution to the energy price situation in Australia is to abolish the retailers, metering providers, and meter data providers.

Consumers have been sold the idea that breaking up the electricity network into tiny chunks will result in lower prices for everyone. Instead, #capitalism means that each company in these completely artificial industries is extracting the most possible "value" (ie revenue) from customers for this. There is no meaningful competition in the space, and none of this has resulted in lower prices for consumers.

The energy network is a natural #monopoly, and as an #essential service, it is best that it be owned by the public.

Free Software is So Robust That Its Opponents Need to Travel 12 Months Back in Time in Order to Find Fear, Uncertainty, and Doubt (FUD) Material
gemini://gemini.techrights.org/2022/12/08/video-fud-log4j-fosslife-1-year/index.gmi
#TechRights

Protected and Served – The Nib
https://thenib.com/protected-and-served/

A Tall Tale – The Nib
https://thenib.com/height-of-folly/

Clearly as we scale, a disinformation and spam vector is using some of the repeaters at a.gup.pe such as ATsociology and similar. How do we fix this? Just saw an account who basically is calling everything Covid related “propaganda” pop into my feed using this method. (Boosts and responses appreciated!)

For years, the FBI targeted ecological activists as their #1 priority. This is one of the chief reasons environmental devastation has continued unchecked.

Seventeen years ago today, on December 7, 2005, the FBI opened a new phase of its assault on earth and animal liberation movements with the arrests and indictments of a large number of activists. This became known as the Green Scare.

You can read about it here:

In a text published today, one of the defendants, Daniel McGowan, recalls his arrest and first night in jail:

#BlackMastodon When I started off in engineering, I told a senior colleague that I wanted to have a career a generalist instead of specializing in one area of expertise. His response was dismissive "Jack-Of-All-Trades. Master of none."

I've since come to find out that the actual full quote is:
"Jack of all trades is master of none, but oftentimes better than a master of one."

With respect to all the specialists, don't let anybody shame you for being a generalist.

Some really interesting research published by Power to Change on the community business sector in England.

Not just about the economic contribution. Also helping people find jobs and regenerate places by taking over places and spaces that matter to them.

Starting my post-PhD job search! My work focuses on large-scale participatory governance, the cooperative economy, and free/open-source software. I am most interested in working with worker-owned cooperatives, nonprofits, and government organizations. Please share!

Infographic on the encouraging results of a recent trial of 4-day work week.

The infographic has been created by Mutual Interest Co-op (https://www.mutualinterest.coop/), an online magazine democratically owned by readers and writers.

The magazine has no paywalls and is free to read for everyone.

Everyone in the world can join as a member at: https://opencollective.com/mutual-interest-media

ICYMI: important figures from a recent report that should be widely shared.

VICTORY! Thanks to the passionate residents of the Bay Area and the leadership of Supervisors Preston, Ronen, and Walton, the Board today voted against SFPD use of deadly force with remote-controlled robots.
Should the Rules Committee revisit the issue, the community must come together to stop this dangerous use of technology. Huge thanks are due to the coalition of residents and groups who pushed back, and who we know will be ready if we must fight again. https://www.sfchronicle.com/news/article/San-Francisco-police-can-t-use-deadly-robots-for-17635949.php

Did you know Monopoly was invented by a woman named Elizabeth Magie in 1903?

Originally ‘The Landlord’s Game,’ it was designed as a protest against the big monopolists of her time like Carnegie & Rockefeller.

But it was Charles Darrow, an unemployed salesman, who eventually sold it to Parker Brothers after playing a version.

Neat snapshot of how UK cooperatives are performing.

Over past 5 years annual turnover has increased by 8% and number of employees has risen.

As compared to other small businesses coops are more resilient and more innovative.

Big question is why isn't more being done to support them?

"with a big old lie and a flag and a pie and a mom and a bible most folks are just liable to buy any line, any place, any time" - Frank Zappa