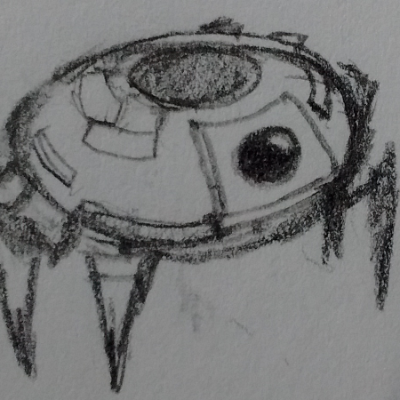 I did a thing. Full-res: https://share.cutebit.de/meme.png

Hunter in Brightness   @azure@pleroma.site
Sure, use defines language.

Wrote a blog post about my experience with software at work: https://geemili.xyz/blog/software-experience/

deadsuperhero   @sean@social.deadsuperhero.com
"It's like you said the other day," said Adam, "You grow up readin' about pirates and cowboys and spacemen and stuff, and jus' when you think the world's all full of amazin' things, they tell you it's really all dead whales and chopped-down forests and nucular waste hang-in' about for millions of years. 'Snot worth growin' up for, if you ask my opinion."

Formerly as a Service   @trickster@mastodon.technology

@drwho I see http as a fundamentally pull protocol, not a push one. If I'm visiting a website in a client that doesn't support images, I'm not blocking images, I'm simply not requesting them, same with all the tracking garbage. It's a misnomer to call it "blocking", I'm just not asking for them. To pretend that that's some kind of hackery and breaking the website, is disingenuous at best, as there's nothing in the way that the web works that requires websites to be packaged in a certain way.

The single biggest factor preventing FOSS from having broader social impact is not any technical issue, it's the social and humanities labor needed to make software comprehensible to non-technical people, to explain its value clearly, and to seek out the unfilled gaps where it could be more useful to more people. Esoteric software that is highly useful to only a few people can still contribute to that mission, but it does so indirectly.

First impressions of an Oculus Quest: Wow this is so much better than my DK2.

It also works for anything you teach someone else to do. "Oh yeah, I trained a pair of neural nets, Emily and Kevin, to respond to support tickets."
https://xkcd.com/2173/

Updated my site[1] to follow the microformats[2] h-card, h-feed, and h-entry. Probably wasn't the most practical thing to implement, but I was able to do a redesign and learn how zola[3] works in the process.

"i use linux as my operating system," i state proudly to the unkempt, bearded man. he swivels around in his desk chair with a devilish gleam in his eyes, ready to mansplain with extreme precision.
"actually," he says with a grin, "linux is just the kernel. you use GNU+linux."
i don't miss a beat and reply with a smirk, "i use alpine, a distro that doesn't include the GNU coreutils, or any other GNU code. it's linux, but it's not GNU+linux."

the smile quickly drops from the man's face. his body begins convulsing and he foams at the mouth as he drop to the floor with a sickly thud. as he writhes around he screams "I-IT WAS COMPILED WITH GCC! THAT MEANS IT'S STILL GNU!"
coolly, i reply "if windows was compiled with gcc, would that make it GNU?" i interrupt his response with "and work is being made on the kernel to make it more compiler-agnostic. even if you were correct, you won't be for long."

with a sickly wheeze, the last of the man's life is ejected from his body. he lies on the floor, cold and limp. i've womansplained him to death.

There'd always been trees to sharpen my claws on.

Sturdy, renewing bark. And if not, new trees were growing every day.

There were always creeks to drink out of and small running meat to fill my belly.

Imagine my shock when I one day opened my reborn eyes to find a world with no trees, aside from a potted fern.

And I was CHASTISED for sharpening my claws on this thing called a couch.

I am THE Cat Goddess, why shouldn't I?

This is making me want something like #GameMaker (tool with basic asset editors built in) that includes support for editing audio.

Ironically, I've been having these same arguments for at least a decade now. I thought we would have moved on by now, but somehow the snide complaints about millennials continue.
https://xkcd.com/2165/

After shutting off the angry notifications for a bit and having a private think, I retract my criticism of Tusky. So, some clarifications:

1. Obviously, I am against nazis. Fuck's sake, people can have complex opinions without being nazis

3. I would not have personally added such a change to my software, because I think it's immature and doesn't really solve the problem of nazis. In fact, it may exacerbate it. I maintain that there are much better ways to address these issues.