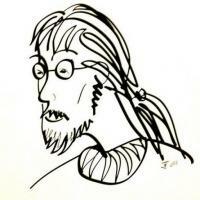 This is the #gemini browser I've been looking for ​

After a big month of hard work, I'm happy to release today a new website for my webcomic Pepper&Carrot! It was a rewrite I made from scratch this time: https://www.peppercarrot.com/

More infos and report on the blog-post: https://www.davidrevoy.com/article853/new-website-for-peppercarrot

Why self hosting is important

The Biden administration teased a sweeping antimonopoly executive order last week, including a Right to Repair provision aimed at agricultural equipment - a direct assault on the corporate power of repair archnemesis John Deere. It

But it turns out that the executive order goes far beyond tractors and other agricultural equipment - it also applies to consumer electronics, including mobile phones, and this is a *huge fucking deal*.

The #keyoxide project is celebrating its first anniversary today 🎉 thanks to all for your support!

"Broot -- A new way to see and navigate directory trees"

It feels much faster and more "modern" than the good old `ncdu`. 😉

Not bad for first models, if I do say so myself.

Really, asking "what should replace Facebook" is putting things the wrong way around.

A more interesting way to ask the question is, "what did Facebook replace."

Facebook and Google took the open internet and open standards and monetized and made everything crappy. Enough of that. Nothing should replace Facebook, it's done, stick a fork in it.

How a 30-year-old technology – #WiFi – will turn into our next big #privacy problem - https://www.privateinternetaccess.com/blog/how-a-30-year-old-technology-wifi-will-turn-into-our-next-big-privacy-problem/ interesting technology, done right...

Adolph   @captainepoch@nixnet.social
Living Like It's 99: No Social Media, No Smartphone - https://www.alvarez.io/posts/living-like-its99/