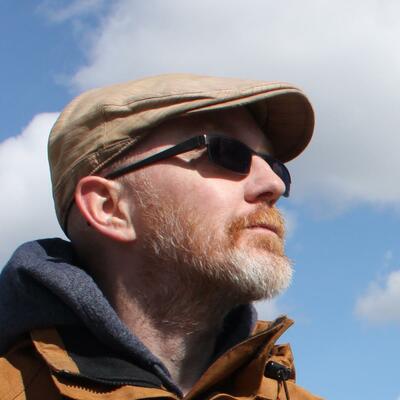 Surviving leukemia since 2001. I was grateful to receive fresh stem cells in 2009. Now, trying to make choices to model a better world for my family and others.

Claes Wallin 🇸🇪🇭🇰   @clacke@libranet.de
Political opponents can agree on the baseline negative freedoms (if even that!), but add a dimension of "do no evil" to the license and now you have at least two incompatible licenses.

This is what is happening right now around the OSI, as people are submitting "open source plus" licenses, "ethical" licenses, which all risk being incompatible with each other and certainly at least one-way incompatible with any pre-existing licenses. Suddenly we're back in the year 2000 again and have to worry about license proliferation undermining the whole endeavor of free software.
1
Stuart Croall boosted
Jun 24, 2020, 08:18

I don't think it's an exaggeration to say that the rise of "source available" licenses (both morality licenses and the no-commercial-use ones) herald the end of "open source". Not because the practices of code sharing and collaboration that has gone under that name will end. But because the only people who will stick with licenses that honour the Open Source Definition are those who come to understand that computing freedoms are the point, not shared source:
https://www.gnu.org/philosophy/open-source-misses-the-point.en.html

There's some crazy internal US politics right now that threatens #OpenTechFund, who funded #LetsEncrypt, #CertBot, @torproject , #NoScript, TLS ESNI/ECH, #DNSPrivacyProj, #ReproducibleBuilds, #Wireguard, #DeltaChat, #OpenKeychain, #pypi, @guardianproject , @signalapp , and more. Looks like a couple proprietary software companies are trying to take over this #FreeSoftware money. Please sign on to the campaign to try to stop it: https://saveinternetfreedom.tech

"Unlike giving cash to needy people on the streets, HandUp helps donors give money to homeless people who commit to using it to fulfill specific needs like rent, security deposits, food, or health bills."
https://blogs.wsj.com/venturecapital/2014/07/16/a-crowdfunding-app-for-the-homeless-handup-raises-850000/

No human being deserves to have their lives micromanaged by strangers, just in order to secure the basics of life. *Especially* in countries more than wealthy enough to supply them to everyone unconditionally. This is why we need a #UBI.

Find a cool product on #Amazon?

That company exists OFF Amazon, too.

2) Order from their site.

5) You avoid giving money to #Bezos.

Massive protests around the #Aotearoa yesterday, in solidarity with the US protests against cops routinely murdering people and getting away with it:
https://www.rnz.co.nz/news/national/418031/photo-essay-thousands-march-in-solidarity-with-black-lives-matter

vantablack, but in seattle   @vantablack@cybre.space

asking for help to get away from an abusive living situation, boosts needed

does anyone nearby (i'm in riverside county, in southern california) have a place i could stay in the near future? like, a couch i could sleep on? not yet, but it looks like things are gonna go to shit pretty soon no matter what i do, so it'd be nice to have an escape plan ready. my parents have been incredibly abusive since i moved back in with them, especially since they found out i was trans. today they went into my backpack and took all my hormones, and that's only the tip of the iceberg of the bullshit they've put me through. at the end of next month they wanna take me to mexico and i wanna be gone before then. please help.

Here are our plans for #PeerTube's v3 (#live streaming for this automn!)
▶️ more info on the framablog https://framablog.org/2020/05/26/our-plans-for-peertube-v3-progressive-fundraising-live-streaming-coming-next-fall
▶️ read and support the roadmap https://joinpeertube.org/roadmap

This comment from 2016 is telling in a number of ways.

"U.S. intelligence officials also believe that any attempt to ban Microsoft will be limited because its products are too integrated into Russia's IT infrastructure"
-.https://www.nbcnews.com/news/us-news/putin-wants-push-microsoft-out-russia-battle-us-n674781

"Online, there is no requirement of proximity, which allows students to get instruction from the best teachers, no matter what school district they reside in."
- #EricSchmidt

Schmidt, like so many people, doesn't seem to understand that teaching is more like counselling than programming. It's more about facilitating learning than installing capabilities and pushing content. The younger the students, the more true that is.

The software commons gets broken and fragmented by morality licences like the Hippocratic License and Anti-996 License. Maybe instead of trying to have their cake and eat it too, these principled software engineers could campaign to abolish proprietary software, and refuse to work for any organisation that makes it? Without it, any activity using computers would be open to public scrutiny, and tech companies couldn't build oligopolies on free code by wrapping it in proprietary layers.

Don't Panic   @feld@bikeshed.party
Before the internet was so widely used by people the average person was outraged about one or two things affecting their local community and they were generally well informed about it. Other causes were left to those who read books, magazines, and socialize with others involved in that movement.

Now thanks to the internet being a lossy outrage generator not only is everyone outraged at enumerable things, they are missing half the facts and all of the supporting data. Which leads to rumors and conspiracy theories.
1+
Stuart Croall boosted
May 19, 2020, 21:19

Stuart Croall   @stuart@hub.croall.ca
I'm taking my #Hubzilla instance for a test drive, and trying to learn about all its features and possibilities. The one challenge of finding tools, software, and platforms in the #decentralized, #federated social world is simply the number of options, and their various quirks

I'm interested in the idea of social networks and virtual social spaces bridging the physical/virtual divide, where groups of physically-proximate communities could collaborate to host servers for their communities, rather than relying on physically distant, often abstract entities to host their server-based tools.

For a couple of years now, I've thought about Community Centres - in the sense of the actual physical locations and organizations of people that exist here in #Winnipeg - as potential places to start in terms of a physical unit of organizing hosting and tech support.

Another model that is interesting is that of "community bike shops/collectives." Here in Winnipeg there is a growing number of these organizations that train volunteers to help others repair their bikes, and learn to repair their bikes, and even build their own bikes from parts. On a number of occasions, they've organized volunteers to salvage bikes from the piles of old bikes at the city landfill, and then had a marathon volunteer bike-building session where, using the parts from salvaged bikes, they build bikes for those in need.

I like the idea of the #social.coop. The #cooperative movement is strong on the Canadian prairies, and I think the idea of #platformcooperatives could certainly resonate among Winnipeggers and other prairie folk. I do think, however, that there is some additional value in terms of adding a tangible physical-local component to such a model.

Coming back to Hubzilla, one of the reasons I'm drawn to it as a platform, and to some of its underlying concepts and philosophies, is it seems like something that could serve a great virtual hub, to mirror a supportive and cooperative physical-local hub, such as is presently represented by #community centres.

These are all just thoughts and ideas that have been bouncing around in my head for a while and I'm, just now, trying to fill them out and ground them in reality. Any thoughts or comments anyone has would be appreciated :-)
0
Stuart Croall boosted
May 09, 2020, 13:52

Lots of great pieces have come out recently calling upon those of us in the free/open-source software to go further in making ethical tech.

Surviving leukemia since 2001. I was grateful to receive fresh stem cells in 2009. Now, trying to make choices to model a better world for my family and others.

parecon There is nothing here!