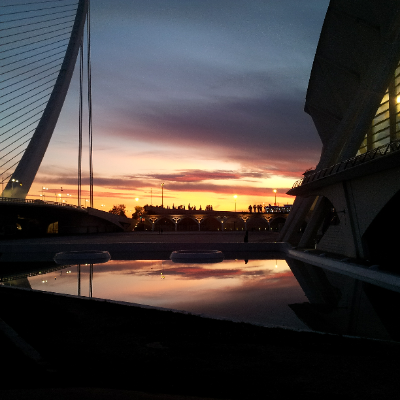 In roughly the past half-decade, Microsoft went from nowhere to overwhelming dominance of text editors with VSCode, ownership of majority of code hosting (and open source dev) with GitHub, ownership of the dependency stack used by most devs with npm, control over the most popular single language with TypeScript, and is trying to position copilot and ChatGPT as inevitable parts of the future dev process. Nothing negative for the ecosystem will come of this, as the last half century teaches us.

We now have a public pricing page for hosted instances! 🧑🏻‍💻

If you need to run CryptPad in your enterprise, at your school, or for a nonprofit, select the appropriate pricing, fill out the form and get a dedicated quote for your organization. 🤝🏻 🧾

hot off the press! https://advocacy.consumerreports.org/research/report-future-of-memory-safety/

In America, there are five walkable cities. Disneyland and Disneyworld are two of them.

TL;DR "We know layoffs don't really cut costs and they hurt productivity, but everyone else is doing them and our board wants to know why we aren't." https://news.stanford.edu/2022/12/05/explains-recent-tech-layoffs-worried/

Apple's advertising business has grown massively in recent years, with ads appearing in the App Store, News and Stocks apps. Part of this is its personalized advertising. Everything you do in the App Store is tracked, every tap of the screen and scroll of a page.

"America is the wealthiest nation on Earth, but its people are mainly poor, and poor Americans are urged to hate themselves. To quote the American humorist Kin Hubbard, 'It ain’t no disgrace to be poor, but it might as well be.' It is in fact a crime for an American to be poor, even though America is a nation of poor. Every other nation has folk traditions of men who were poor but extremely wise and virtuous, and therefore more estimable than anyone with power and gold. No such tales are told by the American poor. They mock themselves and glorify their betters. The meanest eating or drinking establishment, owned by a man who is himself poor, is very likely to have a sign on its wall asking this cruel question: 'if you’re so smart, why ain’t you rich?' There will also be an American flag no larger than a child’s hand – glued to a lollipop stick and flying from the cash register.

Americans, like human beings everywhere, believe many things that are obviously untrue. Their most destructive untruth is that it is very easy for any American to make money. They will not acknowledge how in fact hard money is to come by, and, therefore, those who have no money blame and blame and blame themselves. This inward blame has been a treasure for the rich and powerful, who have had to do less for their poor, publicly and privately, than any other ruling class since, say Napoleonic times. Many novelties have come from America. The most startling of these, a thing without precedent, is a mass of undignified poor. They do not love one another because they do not love themselves.”

now i'm gonna remind folks that everyone's threat profile is different and my security decision-making is not right for everyone, but there is no fucking way you should give Amazon direct access to your driving habits, GPS location, OBD-II port, *and* place a microphone in your car to boot.

all over an LTE connection you do not control.

Quite impressive how different the prices of mobile data in different countries is still. Particularly Canada is incredibly expensive still.

France is mandating clean air in the classrooms, requiring CO2 levels of 800 ppm. I hope this is rolled out in other countries. Apart from lowering #covid risks in the classroom, it will also address other respiratory issues. #CleanAir #COVID #SafeSchools

Happy new year! Another year means another year-long keogram! Every 15 seconds throughout 2022, my trusty all-sky camera took a picture of the sky above the Netherlands. Combining these 2.1 million images into a year-long keogram reveals this picture, which shows the length of the night change throughout the year (the hourglass shape), when the Moon was visible at night (diagonal bands), and the Sun higher in the sky during summer, as well as lots and lots of clouds passing overhead.

“In #Finland, the number of homeless people has fallen sharply. Those affected receive a small apartment and counselling with no preconditions. 4 out of 5 people affected make their way back into a stable life. And all this is CHEAPER than accepting homelessness.”

Make sure everyone understands this — It’s costing us far too much to NOT provide housing and supports to those who are homeless.

I've been struggling with this myself, so I thought I'd repeat it for other people that might be dealing with the same thing:

Productivity is capitalist bullshit that doesn't need to infect your free time too. Have some fun

«Standard Ebooks is a volunteer-driven project that produces new editions of public domain ebooks that are lovingly formatted, open source, free of copyright restrictions, and free of cost.»

There is no public domain day in Canada this year and thanks to copyright term extension passed by the government in a budget implementation bill in 2022 there will not be one for 20 years.
https://twitter.com/DukeCSPD/status/1609557088153341952

The Canadian copyright term extension represents one of the very worst policy developments of 2022 as the government buried the reform in a budget bill, ignored its own copyright review recommendations, limited access to Canadian culture and history, and added costs to education.

Henrietta Lacks was a poor, Black, young mother diagnosed w cervical cancer in 1951. When her cells were collected w/o consent, scientists saw they multiplied remarkably fast.

Rebecca Skloot’s beautiful book about her life & legacy is changing that. Now her statue will replace Robert E. Lee in NC. https://www.nytimes.com/2022/12/20/us/henrietta-lacks-statue-roanoke-virginia.html?smid=nytcore-ios-share&referringSource=articleShare #history